Oscar Chalupsky about downwind in Brazil: “Wind and the waves are perfect”

Last Friday (10) the 2021 edition of Molokabra, the biggest downwind festival in Brazil, had its official opening in the city of Fortaleza (CE).

The paddle races start on the 15th, Wednesday, and continue until Friday, with the 52 km race.

While the competition do not start, Molokabra organization is promoting fairs and a series of clinics taking advantage of the presence of athletes and top names in the sport who are present at the festival this year.

A big name, without a doubt, is the South African Oscar Chalupsky, a living legend of ocean kayaking, 12 times champion of the Molokai Challenge, who visits Ceará for the first time and will compete in the Molokabra.

Impressing with the region’s potential for downwind, Oscar had a chat with Marcelo Bosi, who prepared the following interview for Aloha Spirit Mídia:

After 1 week in Fortaleza, what is your first impression?

This place has the making of the greatest surfski destination in the world. It has everything you need and the costs are very inexpensive for accommodation. People are very friendly and Uber is very cheap. The paddling is out of the world in that you never have to go through big waves to go out and come in to paddle. The wind is so consistent, I have never seen a place like this in the rest of the world. I have travelled the globe for 45 years.

What are the positive aspects of Fortaleza to host an internacional paddling event?

With the Fortaleza Yacht Club and Molokabra they have learnt to run a big event so to get the world championships would be an easy step. I see this place having monthly race through windy season, where local and international paddlers would come monthly. Wind and the waves are perfect for all standards of downwind paddlers. Remember that the biggest number of paddlers are the masters and this place is perfect for them.

What did you think about the structure and organization of the race Molokabra?

As far as I can see they have made great progress and learning as they go along. Everything I have seen is what you can expect at any international race. I think with some more visits to other international events they will get even better.

Do you think more internacional paddlers will start coming to race Molokabra in the future?

Yes after my visit and the social media boom I think every paddler I have spoken to will be making the trip tp Fortaleza, shortly. We just need surfski’s to hire and more logistics on the ground. Like busses and trailers and driver for the downwind runs. You want to make it easy for the paddlers.

What is Nelo Surfski Brasil about?

Nelo Surfski Brazil was born out of passion for the sort of surfski and there isn’t many paddlers with such enthusiasm as Marcelo and Rudah. You have to live the sport then live the brand in the order and they are already showing there wil to make surfski in the whole of Brazil explode like it should. Nelo Kayaks of Portugal are here to support the Nelo Surfski Brazil as much as they can. Oscar Chalupsky is always here to promote the sport and also the brand.

What is your vision for the future of Surfski in Fortaleza and in Brazil?

I think that Brazil and Fortaleza are going to be the capital of downwind surfski paddling for the whole world. They can only be done if the people in charge can keep the fire going. We will need more surfski specific coaches to spread the word in this very huge country. It has to be a team effort with everyone pulling in the same direction under the teaching of Oscar Chalupsky. 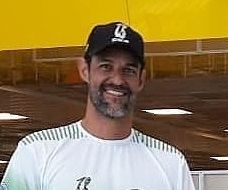 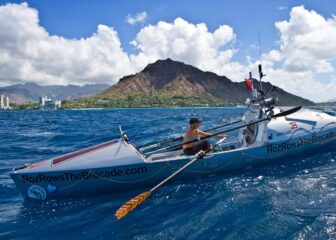 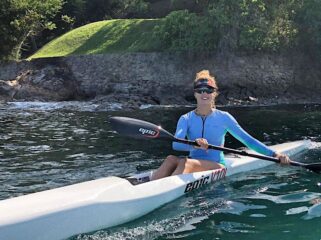 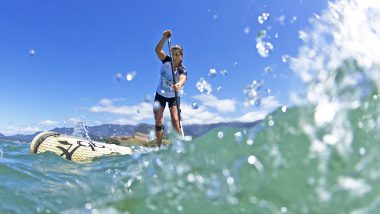 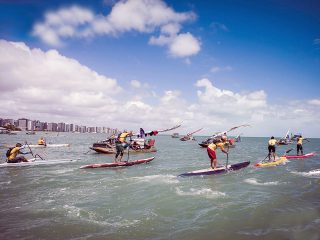